Surprise in Bamenda, Cameroon: Nearly 7% yearly building growth since the start of the Anglophone conflict compared to 4.4% before

Cameroon is the second English and French speaking country besides Canada worldwide. Since 2016, the so-called Anglophone conflict has been going on. As a reaction to years of assimilation efforts by the central government towards French Cameroon institutions and culture (1), a violent conflict has emerged in the English speaking South and North West regions. Separatists are fighting for the independence of Southern Cameroon. In 2016, a lawyers strike in the Anglophone regions took place. Lawyers protested against the installment of French speaking judges that were not trained in English common law but rather in French civil law (2). These actions triggered peaceful protests by the populations in the major Anglophone towns Bamenda, Buea and Limbe. The Cameroon military tried to crack down these actions and arrested many. Furthermore, the Cameroon government banned the organisers and supporting parties (3). This led to more international protests in the diaspora and finally to the independence declaration of the Republic of Ambazonia on the territory of former Southern Cameroon on October, 1st 2017. Since then, the Cameroon army is trying to eradicate the separatist movement by heavy military actions. The independence movement has also engaged in an armed struggle. In addition, “ghost towns” are followed every Monday in the Anglophone regions as a silent protest by the population who stays at home on these days. The Anglophone conflict has approximately killed 3’000 people in the last years (4). 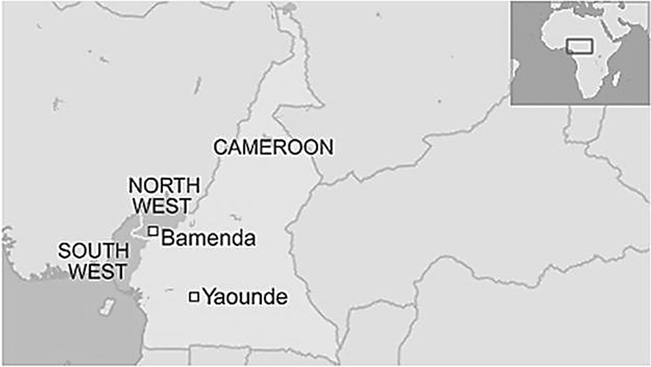 The city of Bamenda and its cosmopolitan area have been a hotspot of the Anglophone conflict as the capital of the Northwest region (5). Bamenda is positioned 1600m above sea level and its population is mainly engaged in agricultural activities such as coffee production. In 2011, the University of Bamenda was established in the Northeastern part of the city (Nkwen and Bambili).

This article will compare the housing growth in Bamenda using satellite image analysis and the terrax.africa data intelligence platform. It will show how the city and its cosmopolitan area have developed between 2013 and mid 2017, the period before the violent Anglophone conflict emerged and the period between mid 2017 and beginning 2020 when the Anglophone conflict has been ongoing. 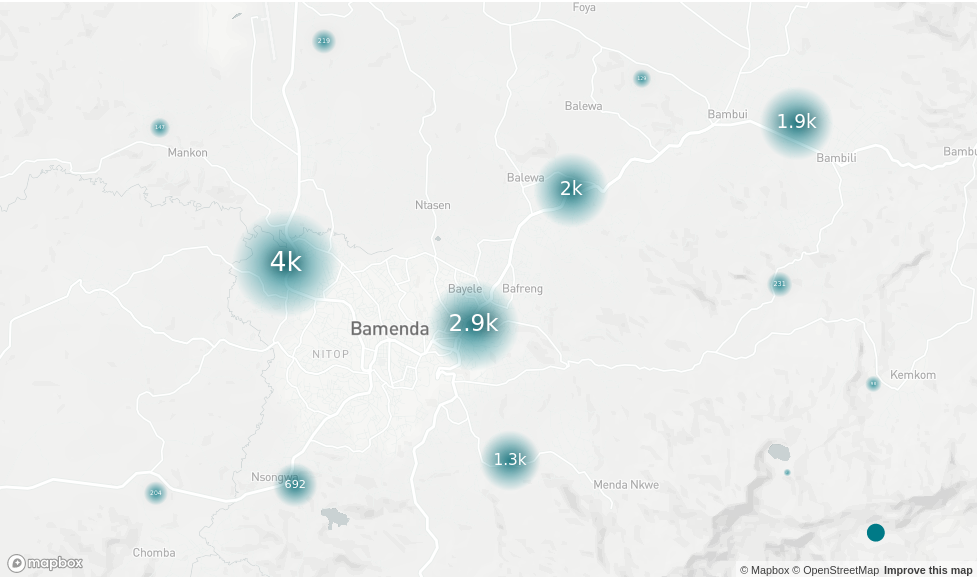 Terrax.africa estimates that at the beginning of 2013 Bamenda and its cosmopolitan area including Mankon, Nkwen, Bambili and Bambui contained around 53’000 buildings. By July 2017, satellite image analysis shows that the number increased by around 11’000 to 64’000 buildings. This is equal to a yearly housing growth rate of 4.4% in this period. The above map captures which parts grew by how much: It shows that around 4’000 new units were constructed on the north-west of the town around the Airport road and almost 3’000 new houses were built north north of Upstation along the New Layout road. The other major housing investments took place at Nkwen as well as Bambili and Bambui with a total of nearly 4’000 new buildings. All three areas can be related to the new University of Bamenda that was established in 2011 with campus locations in these areas. Together, these building hotspots accounted for 80% of new houses.

Taking Bamenda satellite images from January 2020 and comparing them to the ones of mid 2017, terrax.africa found around 12’000 additional buildings. This is equal to a yearly housing growth rate of 6.9% between mid 2017 and beginning of 2020. Therefore, the growth accelerated by 2.5% compared to the period analysed before. The below growth map emerges: 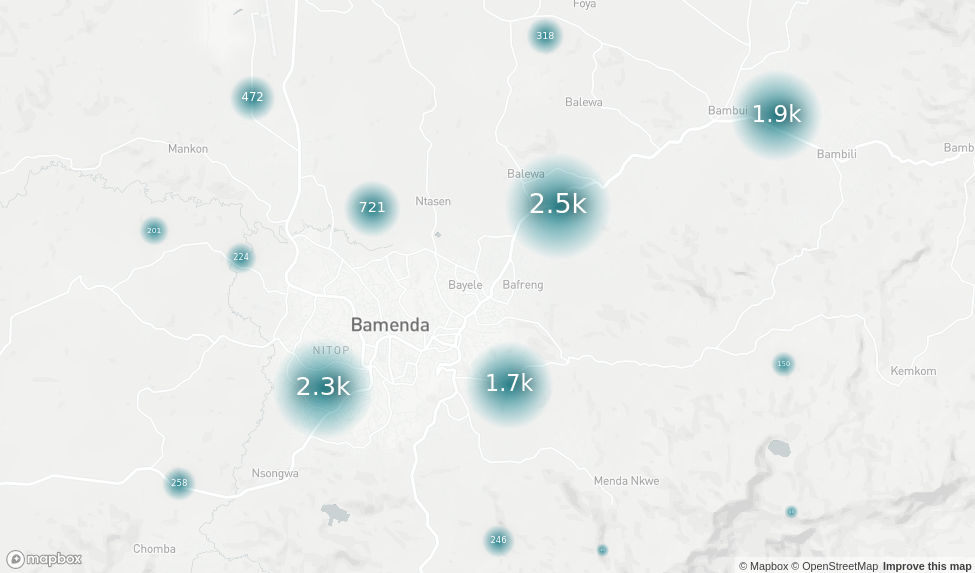 Between mid 2017 and beginning of 2020, about 2’300 new buildings were created in the south of the town around the Mbengwei road and the Bamenda-Mamfe road and another 1’700 houses were built in the Upstation and central town area. The major growth occurred with a total of 4’400 new buildings in the northeast in Nkwen and Bambui.

The building patterns have changed during the Anglophone conflict. Little development has occurred towards Mankon on the northwest of Bamenda in the last 2.5 years compared to the years before. The same trend is valid for the southern outskirts of the city. More buildings have been built closer to the center in the southern part (Upstation areas, Nitop, Ntarinkon).On the other hand, growth has significantly intensified in Nkwen and Bambui. This might be related to the universities. However, growth in Bambili (after Bambui) has decreased suddenly although it would geographically be well fit to accommodate students.

It is likely that the changed building patterns are connected with the ongoing crisis. For example, since 2018 Bambili has been a hotspot of the conflict with a lot of fighting activities (6) (7) (8) (9). Even humanitarian workers were attacked by separatists there. Further analysis would need to be done in order to establish the exact correlation.

It is surprising that overall building activity has increased significantly during the years of conflict compared to the time before. This is further supported by the terrax.africa yearly growth estimate of 3.9% of the city of Bafoussam over the past 8 years. Both Bamenda and Bafoussam were growing around the same pace before the conflict. After the escalation, Bamendas growth increased significantly compared to the prior period and to the growth of Bafoussam. It would be worthwhile to conduct research to find out the underlying reasons.

Bamendas housing growth pattern has changed with the start of the Anglophone conflict and the city and its cosmopolitan area are growing at nearly 7% per year at the moment. Surprisingly, this is about 2.5% higher growth than before mid 2017. The geographies of newly constructed dwellings have changed and there are indications that they might be a representation of security risk areas. Further research is required to find out the reasons and their implications on housing growth.